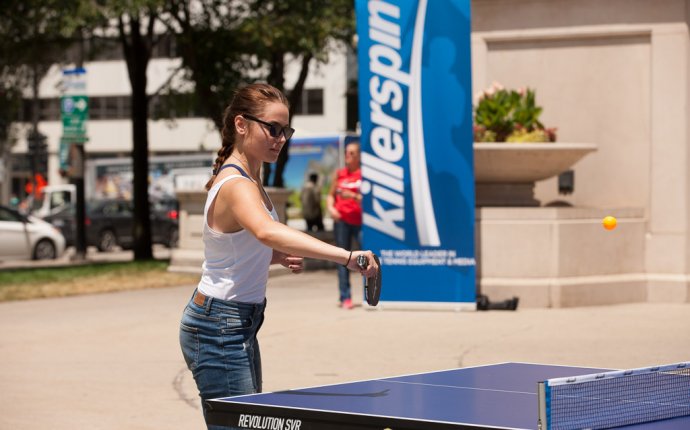 Table tennis has been an Olympic sport since 1988 and is hugely popular in Asia, although it is played all over the world from the dusty streets of Ethiopia to the public schools of rural England. The game did indeed begin in England at the end of the 19th century, first as a postprandial parlour game for upper classes. The sound of the ball on early bats gave it the name “ping pong” but as this became a trademarked term in some countries table tennis soon became the more common name.

Object of the Game

As of 2001 the aim of the game is to score 11 points (it was previously 21) by outmanoeuvring your opponent into either hitting the ball into the net, hitting it off the table or missing it completely. Matches are normally contested as best of five, seven or nine games: that is to say, the first person to reach 11 points in three, four or five games respectively.

In singles play it is a game of one against one, whilst doubles pits two against two, although it is also possible to play two against one in informal situations (family holidays for instance!). Here we shall focus on singles rules.

Little equipment is needed to play ping pong, which is unsurprising given it was originally an improvised game played on a table using books for both the net and the bats! Officially the game is played using a 40mm diameter, white (or sometimes orange) table tennis ball weighing 2.7g; rackets (official term) that are normally called bats (UK) or paddles (USA) and are red on one side and black on the other; and a table measuring 2.74m (9ft) long, 76cm (30 inches) high and 1.52m (5ft) wide. The table is usually blue or green and has a 15.25cm (6 inch) net across its width, bisecting its length.

Scoring is done by forcing your opponent into hitting the ball long or wide of the table or otherwise into the net or by playing a shot which they are unable to hit at all. When serving, your opponent wins the point if you fail to make a valid serve – one that bounces on your side of the table, then clears the net (if it hits the net it is a let and the player reserves) and bounces on their side.

Volleying the ball is not allowed, nor is obstructing it, whilst a double hit will also result in the awarding of the point to your opponent. Note that in table tennis the edges of the table (the lines) are “in” but the side is not.

The winner of the match is the first to reach the allotted number of games, normally three, four or five. To win a game you must reach 11 points, although if the scores become level at 10-10 it is then the first player to lead by two points that is awarded the game.