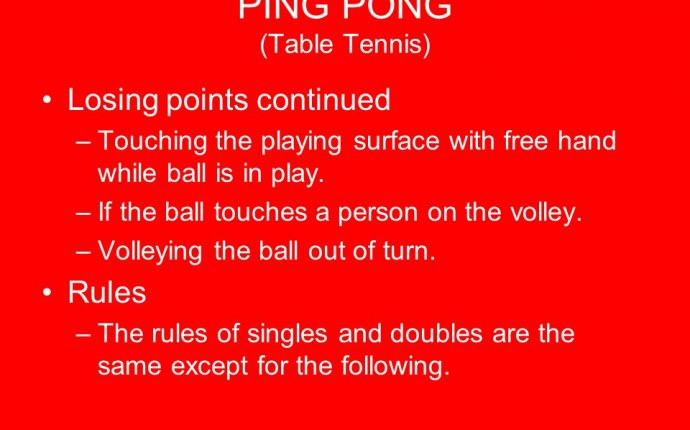 I’ve heard a number of ridiculous rules brought about by recreational players that are just silly. I’ll try to dispel some of these myths and give a short-list of the essential rules you need to know when serving. If you can follow the rules outlined here, this should prevent 99% of the conflicts that often arise from not following rules.

Here are the rules you need to know:

If you can just follow these rules, you should be able to avoid any fisticuffs and expletives at your next tournament. If you’re very thorough you can have a look at the ITTF rule book, but it’s a pretty dry read, so you would do fine by just following this post. Or just check out the service rules.

And if you want to improve your serves, check out the Serves section in the Coach Wiki, or the Serve Training Videos section.