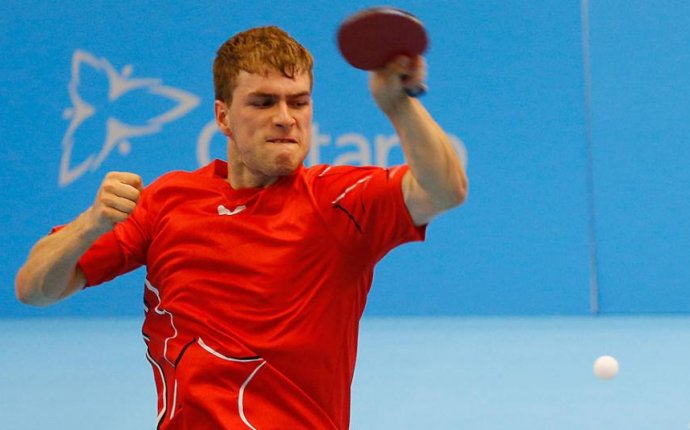 A point is scored after each ball is put into play (not just when the server wins the point as in volleyball).

The edges of the table are part of the legal table surface, but not the sides.

The ball must rest on an open hand palm. Then it must be tossed up at least 6 inches and struck so the ball first bounces on the server's side and then the opponent's side.

If the serve is legal except that it touches the net, it is called a let serve. Let serves are not scored and are reserved.