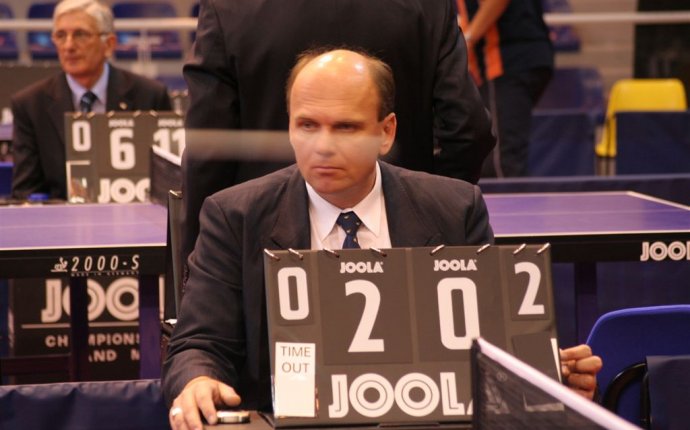 The ease and relative affordability of table tennis has made it one of the most popular sports in the world today in participation. Not only is the game easy to learn, but it is also extremely fun and requires little financial investment or space.

All you need is a table, a net, a ball and a racket to get started. You can play anywhere, at any anytime and just a couple of hours a week hitting that little white ball around can do wonders for your fitness.

Like all sports, there are of course some rules to follow, whether you’re playing a friendly match at the home, local club or participating in a tournament. The is the sport’s main regulatory body and sets the rules for the game.

While there are fewer restrictions in a friendly match, the ITTF carefully regulates the equipment used during a tournament.

In a tournament, the ball used must have a diameter of 40mm and weigh exactly 2.7g. Additionally, the ball can only be made out of celluloid or similar plastics material and be either white or orange, and matt, in colour .

Finally, the racket can be of any size, shape or weight but the blade must be flat and rigid and be made out of 85% natural wood. Before the start of a match, a player must allow his/her opponent and the umpire to inspect the racket he/she is about to use.

A game is started when one player (server) makes a service before the receiver makes the return.

The Server should:
- start with the ball resting freely on an open palm.
- project the ball near vertically upwards, without imparting spin, so that it rises at least 16cm.
- strike the ball so that it touches first his/her court and then, after passing over the net assembly, touches directly the receiver's court. In doubles, the ball must touch successively the right half court of server and receiver.
Once the ball has been served, both players are to make returns until a point is scored. In doubles, each player on the same team must take turns to make the return.

A set is when one of the players or pairs first score 11 points. In the event that both players/pairs score 10 points, a set is be won by the first player/pair to gain a 2-point lead. A full match is won when a player or pair wins the best of any odd number of sets (3, 5, 7).