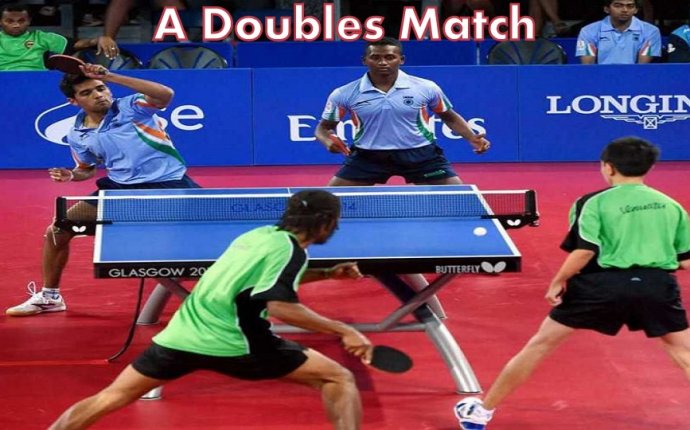 T3 Ping Pong is 3-a-side table tennis played on a round table! It follows similar rules to the traditional game, but it is played with three or even six players on each team (Chaos Theory rules*). The distinctive circular design and specially constructed net are the foundations of a game which is fast, fun and addictive.

1. When serving, the ball must land within the correct third. When the ball is in free play, it can bounce anywhere on the table, once per side. Volleying is not permitted.
2. Three players per side, total of six players. Each team of three players use T3 bats marked 1 to 3.
3. Service is always delivered from the centre third of the table. To start, player 1 (bat 1) serves twice to his opponent, also player 1, standing directly opposite. Ball must land in correct ‘third’ of the table.
4. Player 1 then serves to opponents 2 and 3, standing diagonally left and right, respectively. Two serves to each player, so six in total.
5. Receiving team players maintain same starting positions throughout these 6 services, so all receive two serves.
6. Service then changes sides, and above steps 3 to 5 are repeated from other team.
7. Service then continues to change sides after each (‘service round’ of) 6 services: to players 2 (bat 2), then players 3 (bat 3), whilst players 1 exchange positions with them
8. During play, each player can only hit two consecutive shots. If a player takes more, the point is automatically awarded to the opposing team.
9. After service, the ball is in free play anywhere on the table, for anyone to hit.
10. The winning team is the first to reach 15 points with two clear points. Best of three games wins the set. Teams change sides after each game.