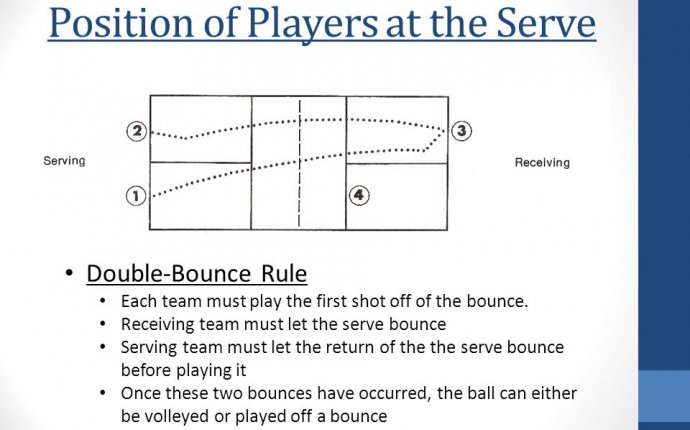 Table tennis serving rules have changed over the years. Under the current ITTF rules, the player to serve first is chosen at random, with the winner of the random draw able to choose to serve first or receive first. Sometimes in casual games, the first serve is chosen by volley, where a "practice" rally is played to determine who serves first.

The player who is serving changes after a certain number of points are scored. Under the current ITTF rules, in an 11 point game, the service changes every 2 points. In the past, when games were played up to 21 points, the service changed every 5 points.

Here is an example of how this works.

In an 11 point game, the game must be won by a 2-point lead. If both players score 10 points, the service switches after every point until the game is over.

@Commander Keene: Request you to please adhere to following rules and make it best table tennis community ever. ALL POSTS SHOULD BE IN ENGLISH LANGUAGE